If you are reading our course 445 – Orthomolecular Approaches, flavonoids are defined as molecules that are responsible for the color of fruits and vegetables. They include flavonols, flavanones, flavones, isoflavones, anthocyanidins and tannins.

The best known effects of flavonoids are their protective action on the vessels and in particular on the capillaries. They reinforce the resistance of their wall while reducing their permeability.

Some Examples of Plants that Contain Flavonoids

And Their Respective Benefits

What is the link between the presence of flavonoids and the reduction of diabetes? Take the example of fisetin (apples, fresh, grapes, onions, cucumbers). In a scientific study, it was shown that such a supplement can fight diabetes. How? ‘Or’ What? It would cause decreased sugar production and glycogen breakdown. Basically, there is less glucose in the blood after taking fisetin supplements.
Cellulite tissue is fatty tissue, embedded in water and partitioned by connective fibers (collagen). These thicken over time and eventually form a fatty tissue that is separate from the body. In combination with pineapple or papaya which release captive fat, the grape capsule will facilitate drainage. This will help the blood flow to drain the fat to be burned by the body.

Hesperidin and Vitamin C: These bioflavonoids are a valuable aid to vitamin C for both absorption and protection against free radicals caused by oxidation. They are found in the skin of fruits.

Orange: Naringin is found in the white pulp of bitter oranges and grapefruits. it is of course an antioxidant that seems to protect against cancer. On the other hand, beware of mixtures with drugs: almost all classes of drugs are likely to interact with bitter oranges and grapefruit.
Red: lycopene is the pigment that gives vegetables like tomatoes their red color. As is known, heating tomatoes and other red fruits that contain lycopene increases the bioavailability of this element. It is best to add a little olive oil, since lycopene is lipophilic and circulates in the blood using lipids as a mode of transport. Lycopene is suggested to reduce the risk of certain cancers, such as prostate, lung and breast cancer. It is also a good 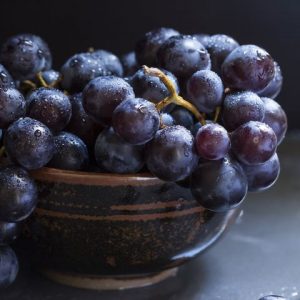 protection against the sun.Green: Zeaxantin is the antioxidant found in the retina of the eye. Its properties protect against degeneration of the retina. Like beta-carotene, lutein is fat soluble and therefore should be consumed with fat (like olive oil) for maximum absorption. It is suggested in connection with cataracts, macular degeneration and colon cancer. It is found in spinach, broccoli and other crucifers.
Blue / Purple: blueberries, dark grapes, plums, eggplant … contain anthocyanins, also indicated to prevent cancer.

Numerous studies have shown that foodborne flavonoids can improve glucose metabolism, lipid profile, regulate hormones and enzymes in the human body, further protecting humans against diseases such as obesity, diabetes. and their complications.

Flavonoids have the ability to scavenge free radicals and chelate metals, as shown in several studies, including this one.

Theoretically, due to the possible effects of flavonoids on the dilation of blood vessels, people with hypotension or a blood clotting disorder should avoid consuming large doses.

Keto or Not Keto?