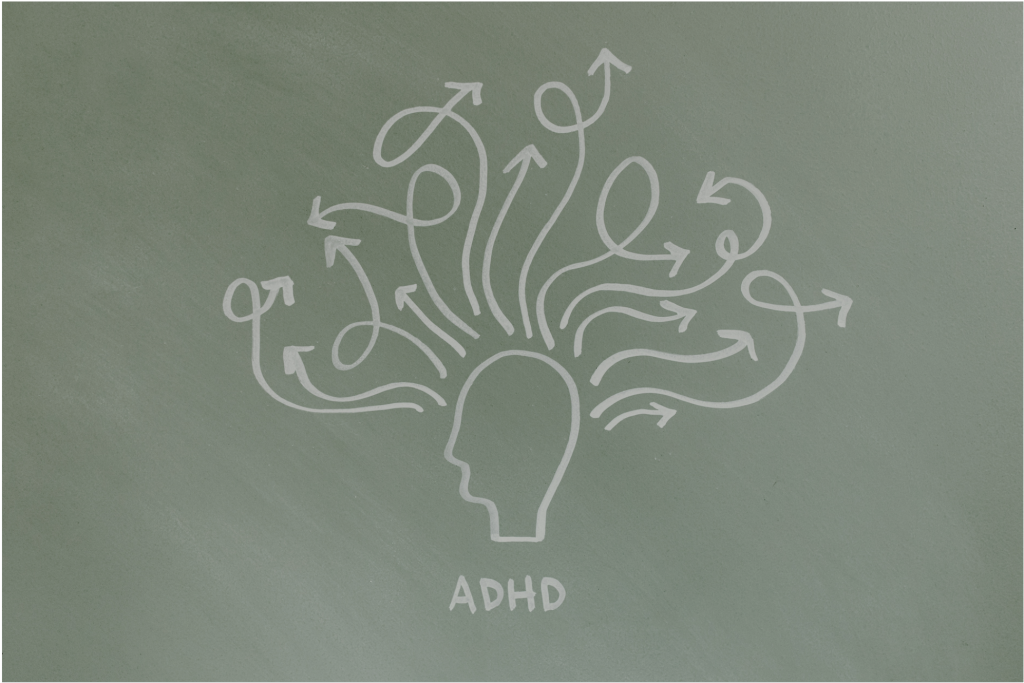 Diagnosis in ADHD is on the rise. But did you know it’s much more with adults than with children?
Here are some numbers: 26.4% increase among children compared to 123.3 % among adults… In fact, the other I had a potential client call me about ADHD asking me about the benefits of
homeopathy, I thought she was asking for her child but it was for her! It’s no coincidence when we consider “modern” factors like mandatory vaccinations and overuse of antibiotics.

How can you know if you or your child suffers from ADD/ADHD? In general, people use the following list to see if they have more than 6 symptoms listed. It’s of course much better to ask a
health professional to make the diagnosis.

• Failing to pay close attention to details or making careless mistakes when doing schoolwork or
other activities
• Trouble keeping attention focused during play or tasks
• Appearing not to listen, when spoken to
• Failing to follow instructions or finishing tasks
• Avoiding tasks that require a high amount of mental effort and organization, such as school
projects
• Frequently losing items required to facilitate tasks or activities, such as school supplies
• Excessive distractability
• Forgetfulness

The symptoms usually begin to appear between the ages of four and six. Children who grow up with ADHD often continue to have symptoms as they grow into adulthood. Adults face some of
their greatest challenges in the areas of self-control, motivation, as well as executive functioning (also known as working memory). If the patient is not treated appropriately, co-morbid conditions,
such as depression and anxiety may present as well.
The American Academy of Pediatrics Clinical Practice publishes guidelines to aid providers in making an objective diagnosis, but even if strictly adhered to, doubt still remains among some
patients, as well as providers. Other diagnostic methods, such as those involving magnetic resonance imaging (MRI), may detect the presence of ADHD by analyzing images of the patient’s
brain, are usually not recommended (see brain scans). In a majority of cases, diagnosis is therefore dependent upon the observations and opinions of those who are close to the patient; in
many patients, especially as they approach adulthood, self-diagnosis is not uncommon.

Often ADD children, they all may be getting the same prescription medication, but they may have ten different beginnings or etiologies (causes). They may have been“never well since” such diverse
circumstances as:
• a heartbreak (divorce of parents, death of a pet, moving from the childhood home)
• a fright (locked in a car trunk, or almost killed in a car accident)
• changing schools
• difficult delivery when being born, sometimes with a trauma to the head from the use of forceps
or suction, sometimes with temporary lack of oxygen
• the longterm effects of an operation, because of sensitivity to anesthesia
• severe diarrhea with dehydration
• recurrent antibiotic intake
• the death of a family member

Your pediatrician may not be able to make anything of this information, but a homeopathic physician will come up with ten different remedies for these ten different children. Doesn’t it make
more sense to treat the root of the problem, and not merely the little sick branches (the symptoms)?

One can classify these ADD/ADHD children into four major groups, which we will call the Support-Needy, the Stimulation/Excitement Seekers, the Destructive ones, and the Changeable/Restless.
As we will see, each of these groups has different symptoms and behavioral expressions, which will reflect the many different kinds of ADD/ADHD children we have. Don’t we have some that can’t
pay attention, but are the sweetest kids around? Others are restless and seem to forget the moment you teach them something. Then there are those who feel the need to be malicious and
hurt someone, while some ADHD children exhibit the constant need to kiss and touch everyone around. Are all these children alike? Obviously not, so the myth that a drug like Ritalin would cover
all of these children is just that, a myth.

Many of the ADHD children will fall under the Stimulation/Excitement group:
Over stimulation, the ones looking for Excitement
• suspicious and jealous; quarrelsome with tendency to harm others and cruelty to animals; sometimes exaggerated, pathological love for animals (it is the only being they bestow their
attention on)
• lack of affection, anger from trifles
• can’t sit still doing his homework, restless legs while sitting, tapping with his pencil while sitting; sitting still in a classroom is like a bird being in a cage; they need to interrupt the
teacher, calling out answers when not asked
• rudeness and mischieviousness
• absent minded: loses thread of conversation, loss of short-term memory, inattention, easily distracted by slightest diversion, is in a constant brain fag
• best time to do their mental work is the evening (8 p.m. till 3 a.m.), unfortunately that’s when they come “alive” for other things too: they love the night life and go to the extreme of
switching the day life to the night life; of course then they are exhausted the next day in school

• tendency to conceal things, lies easily, boasts all the time; conceals “parts” of the real him: his performances at school, athletic performances, successes with the opposite sex, etc., he
exaggerates the extent of them
• loves and needs company: the more people, the better; has no problems to get acquainted with strangers, people are very charmed by the sycotic child who is full of tricks and inventiveness
• loves to hang out with a bunch of his friends, looking for mischievous things to do, looking for the next short-living thrill; they are dare-devils, taking risks just to look good with their friends;
they incite others to do the same daring deeds; they love films with high speed, stunts, guns; they rather live a short life full of excitement than a long “boring” life
• jealousy can be outspoken: towards friends, younger siblings, the success other children have at school, towards the “jocks” at school
• children with colic from birth on
• impatient, wants things now, can’t take no for an answer
• will do anything to get the attention of others: bright clothes, orange hair, tattoos, rings through the nose, flaunting their bodies with tight jeans, miniskirts, bare midriffs; they love to “shock”
people and their parents
• great physical stamina when excited by things he is doing: sports, dancing, playing music; otherwise complains about feeling too fatigued to do his homework upon returning from school;
but feels great again in the evening
• mental and physical restless sleep
• suspicious, mean, selfish
• suicidal tendency in the heat of the passion (“no one understands me,” two friends committing suicide together

To see if you or your child could benefit from homeopathy, contact the author Yael Meir at homeopathyforwomen@gmail,com (we do Zoom meetings).